The microbiome has anti-tumor effects 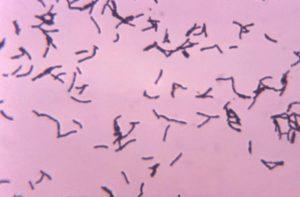 The microbiome does not only have a role in maintaining a healthy gut environment but has been found in a recent study to also have anti-cancer effects. The microbiome consists of microorganisms such as bacteria, viruses and fungi which inhabit the human body and have a symbiotic with the host.

These microorganisms are not harmful to the host. The microbiome has been shown to play an important role in human health and disruption of a normal microbiota frequently results in the development of certain conditions and diseases depending on where the disruption occurred. For example, a microbiota imbalance in the female genital tract may result in bacterial vaginosis while a gut-microbiota imbalance has been associated with having a higher risk of obesity and diabetes.

Currently, there are a variety of cancer immunotherapies available but they are not very effective as the success rates differ greatly between patients. In a study published by a team led by Thomas Gajewski from the University of Chicago, the researchers show that there is a definitive link between cancer immunotherapy and the microbiome.

The researchers investigated why some cancer patients are able to elicit strong immune responses against tumours while others can not.  They reasoned that the differences could be due to a number of reasons including genetic factors, the environment the patient is in, as well as the type of tumour the patient has.

The team used mouse models to investigate the role the microbiome plays in anti-tumour immune responses. They found that mice with different microbiomes reacted differently when they were implanted with melanoma tumours. The mice that did better also had better anti-tumour T cell responses. Co-housing the mice led to the differences disappearing – as they were now “sharing” their microbiota. To further prove this, the group conducted fecal transplants between the mice and found that the group which previously had low immune responses towards the tumour now had robust anti-tumour T cell responses. Sequencing of the gut microbiome revealed that the Bifidobacterium species was responsible for the anti-tumour effects seen in the mice.

The researchers also looked at how an antibody against PD-L1 could work as a cancer immunotherapy. The antibody reduced the rate of tumour growth and combining the therapy with a fecal transplantation enhanced its effect.