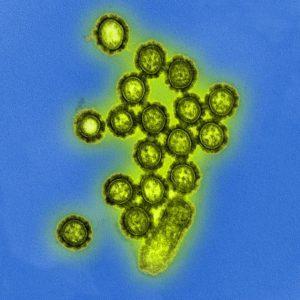 Influenza continues to be one of the most concerning viruses as influenza epidemics are still emerging which kill numerous people. There are influenza vaccines available but the virus is so diverse and mutates at such a fast enough rate that new vaccines must be developed on a yearly basis. There is a need to understand the role of neutralizing antibodies in protection against influenza acquisition as this may aid in the design of more effective, long-lasting vaccines.

Researchers from RIKEN Yokohama Institute, Japan, led by Masato Kubo, investigated the induction of neutralizing antibodies against influenza and whether they were effective in preventing influenza acquisition.

Previous studies have shown that upon viral infection the activation of Th1 cells which use IFN-γ have been shown to control the spread of the virus in the host. These cells also aid in the production of cytotoxic T lymphocytes (CTL) and T-follicular helper cells (Tfh cells).

In this paper, the authors show that Tfh cells are produced upon vaccination with an influenza immunogen. The Th1 cells then drive the production of IgG2 antibodies which were the main immune response caused by the vaccination in this study. These antibodies are Tfh-independent and the cytokine IL-21 was implicated in the antibody-driven response.

These results show that Th1 cells can be used in a vaccine strategy to trigger the activation of protective neutralizing antibody response against influenza.  Although the antibodies in this study were of low-affinity, they still had protective qualities and should be investigated further.