Possibility of one vaccine to prevent Zika and Dengue viruses 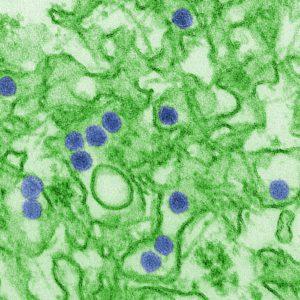 Zika virus (ZIKV) is a virus in the Flaviviridae family of viruses.  It was first discovered in 1947 from a rhesus monkey in Uganda. The virus gets its name from the Zika forest where it was first isolated.  ZIKV is spread by Aedes mosquitos and was not considered an important pathogen as infection often leads to mild or even no symptoms. In the cases where the infection is symptomatic, it resembles Dengue fever (DENV) – a closely related virus in the same family as ZIKV.

One of the major concerns of ZIKV infection is the effect the virus has on the unborn foetus. The virus can spread from pregnant mothers to the foetus which may result in microcephaly (a condition which results in an abnormally small head and incomplete brain development). Other birth defects have also been associated with maternal ZIKV infection. The recent ZIKV outbreak in South America which started last year has left more than 1600 children with abnormalities.

It has been noted that ZIKV infection mainly occurs in areas where people have previously been exposed to DENV.  Therefore, researchers, led by Gavin R Screaton at the Imperial College London, investigated whether antibodies that target DENV were also able to target and neutralise ZIKV. They found that plasma from people who had previously been infected with DENV was cross-reactive to ZIKV. Purified monoclonal antibodies against DENV were also able to cross-react with ZIKV. However, some anti-DENV antibodies and plasma samples were not able to neutralise ZIKV but instead drove antibody-dependent enhancement (ADE) of ZIKV; intensifying ZIKV infection.

These data suggest that a vaccine could be developed which could prevent both ZIKV and DENV at the same time as the same antibodies are able to neutralise both virus. However, the data also show that caution must be taken as some antibodies are able to enhance ZIKV infection. Prior immunity to DENV may be leading to increased ZIKV replication and as the authors say this may “have clear implications for disease pathogenesis and future vaccine programs for ZIKV and DENV”.