Neutrophils and radiation therapy working together to fight cancer 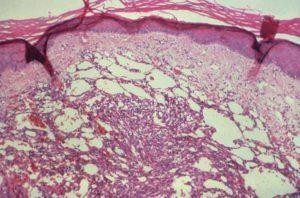 Researchers at UT Southwestern Medical Centre have found that using radiation therapy combined with a neutrophil stimulant increases anti-tumour activity. Radiation therapy has been widely used in the treatment of cancerous tumours, However, radiation alone is not always effective as a treatment and tumours frequently grow back.

Previous studies have shown that giving radiation therapy at a specific tumour site activates the immune system to fight other cancer cells in other sites in the body. This has been termed the “abscopal effect”.  This effect has been found to be due to neutrophil action against the primary tumour. The “absopal effect” does not often occur but when it does it is very effective, with long term effects against cancerous tumours. The researchers at UT Southwestern Medical Centre used mouse models to further understand this phenomenon.

They found that without radiation therapy, neutrophils are modified into tumour-associated neutrophils (TANs) and these cells actually help promote the growth of the cancerous tumour. Radiation therapy prevents the action of TANs by polarizing them to an anti-tumour phenotype known as RT-recruited TANS (RT-Ns) which help fight the cancer. These RT-Ns produce reactive oxygen species which help destroy the tumour. The RT-Ns also induce downstream T-cell responses which help fight the cancer.

The researchers also found a way to enhance the effect of the RT-Ns on tumour growth by administering the granulocyte-colony stimulating factor (G-CSF). This cytokine is already used as cancer therapy. Administering RT-Ns and G-CSF to the mice increased tumour killing.

The next step of this study would be to perform pre-clinical and clinical trials to test the use of the combination of RT-Ns and G-CSF as a cancer therapy. A further understanding is needed to understand how to induce the “abscopal effect” in all patients such that it is not a sporadic event.