Is an HIV vaccine possible? 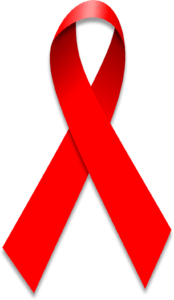 In this age when there is readily available pre- and post-exposure prophylaxis and effective anti-retroviral therapy which enables HIV-positive individuals to have higher life expectancy than ever, why are scientists still researching HIV vaccine strategies and will they be succesful?

Professor Anthony Fauci of the National Institute of Allergy and Infectious Diseases, USA, recently discussed this in an opinion piece published earlier this year.

Fauci describes how HIV vaccine efforts have been ongoing since the virus was first discovered over three decades ago. Attempts have been made to develop HIV immunogens which generate cellular, humoral and a combination of these responses.

The only HIV vaccine which has been moderately successful was the vaccine tested in the RV144 trial in Thailand which had 31% efficacy. This trial used an immunogen that was generated by expressing HIV genes in a canarypox vector. Two HIV glycoprotein boosters were also provided to vaccinees. The correlate of protection was not neutralizing antibodies as most anticipated but non-neutralizing antibodies which target the V1/V2 loops at the apex of the HIV Envelope. A trial has just began in South Africa which will test a modified version RV144 vaccine; adapted to the subtype C form of the virus which is prevalent in that region.

Most HIV vaccine research is still focused on neutralizing antibodies as they have been shown to be the correlate of protection in many efficacious vaccines. The same approach has not yet worked for HIV.

Neutralizing antibodies which can target a wide range of HIV strains are only produced in a small percentage of infected individuals. These broad and potent antibodies have atypical characteristics as they undergo extensive somatic hypermutation.

As Fauci points out, researchers are getting creative in their approaches to develop effective HIV immunogens which elicit these hard-to-make broadly neutralizing antibodies. The use of crystallography to look at the molecular structure of the viral Envelope, novel cloning techniques to characterize B cells which produce broadly neutralizing antibodies as well as deep sequencing to determine B-cell lineages are some of the ways to gain further insight into how an effective HIV immunogen could be designed.

Therefore, there is hope for an HIV vaccine and as Fauci says “If efforts in developing an HIV vaccine based on the induction of bNAbs (broadly neutralizing antibodies) are successful, this achievement will represent the most elegant and complex scientific approach toward any vaccine in history.”