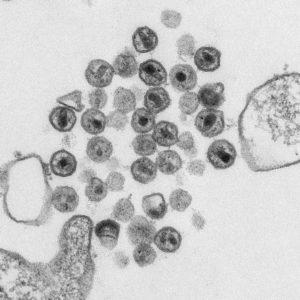 Curing HIV has proven difficult with only two reported cases of a functional cure. To add to this, there is still no effective HIV vaccine that has been developed. There are, however, HIV preventative strategies which have been shown to be effective against HIV-1 acquisition such as microbicide vaginal gels, male circumcision and pre-exposure prophylaxis (PrEP).  Although there is still a need for an HIV vaccine,  as alone these preventative measures may not be able to fully control the spread of the disease, these measures are much cheaper than cure or vaccine development.

Primate studies have shown that PrEP is about to induce immunity to SIV but this had not been shown in humans. Researchers from the University of Washington studied the genital tract of participants from the Partners PrEP Study to understand what immune response was triggered by the treatment. The participants were HIV-negative but had been sexually exposed to the virus.

The researchers noted that PrEP did not result in increased levels of HIV-specific T-cells. However, they did find that that women who had received PrEP had significantly higher levels of potent IgA antibodies. They found that the level of IgA correlated with the level of HIV exposure.

This study highlights that the combination of PrEP and HIV exposure leads to the activation of the humoral immune system, specifically producing neutralising IgA responses. This may be one of the modes of action of PrEP.