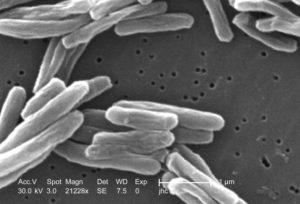 Tuberculosis (TB) in children is a major health problem as it still has high morbidity and mortality. Every year, approximately 1 million children develop TB disease, with children representing up to 11% of reported TB cases (WHO, 2015). Diagnosing TB disease in children is difficult for a number of reasons. Firstly, children under 10 years old may not produce enough sputum which can be tested to for Mycobacterium tuberculosis. Also, it is hard to confirm infection through chest X-rays as the “shadow” used in diagnosis is rarely seen in children. Therefore, diagnosis relies on clinical signs such as continuous coughing and weight loss (WHO, 2015).

There is a need for a better understanding of the protective signatures of the immune response against TB so as to develop more effective immunodiagnostic tests for children. Researchers from the Université Libre de Bruxelles in Belgium aimed to look for distinct immunological signatures that would help diagnoses tuberculosis disease in children.

Currently, existing diagnostic tools cannot distinguish between aTB and LTBI and this is a problem in terms of giving effective early treatment to TB-infected children. In their study, these researchers were able to identify immunological signatures to differentiate between children with aTB and LTBI. These results may aid in the development of new diagnostic tools which would lead to providing children with appropriate TB treatment.