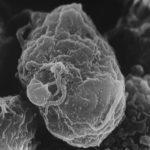 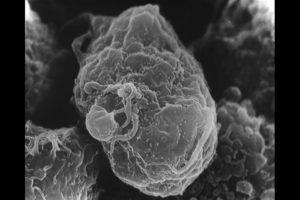 The HIV Envelope (Env) is surrounded by glycans which serve multiple purposes. One of the purposes of glycans is to evade anti-HIV neutralising antibody responses by shielding underlying epitopes. However, there is a class of broadly neutralizing antibodies that are able to target glycans on the HIV Env. There is a particular site that has a dense network of glycans that surrounds the glycan at position N332 at the base of the HIV V3 loop and this is a conserved site for these broadly neutralising antibodies.
Dr Devon Sok, a researcher from the International Aids Vaccine Initiative (IAVI) presented their findings at the HIV Research for Prevention Conference where he described how they have isolated new antibody lineages directed against the high-mannose patch and how they have determined that the reason this high mannose-patch site is so well conserved is due to its function.

In terms of the high-mannose patch itself, removal of key glycans at positions N301 and N332 resulted in increased diversity of the amino acids in this usually conserved region. This suggests that the glycans help in protecting and maintaining the conservation of this epitope. They showed that this epitope was highly conserved due to the base of the V3 loop being important for co-receptor binding.

Sok and his team suggest that antibodies with longer CDRH3 regions may be required to penetrate the V3 base to neutralize through the glycans which are so highly conserved. The antibodies may also have to develop adequate affinity for the V3 loop before being able to neutralize this region. The data also suggest that antibodies targeting the high mannose patch may not able to sufficiently neutralize viruses in late infection (CXCR4-tropic viruses) and therefore, use of them in a therapeutic vaccine may be ineffective.