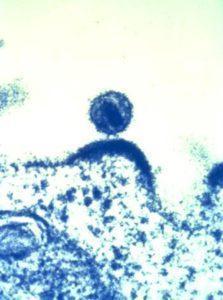 Broadly neutralising antibodies (bnAbs) which target HIV have been found to develop more commonly in children than in adults. These findings were presented at the HIV Research for Prevention Conference by Dr Zanele Ditse from the National Institute for Communicable Diseases, South Africa.

bnAbs are able to bind to various strains of HIV and prevent them from entering into cells. For this reason there is an interest in eliciting them in an HIV vaccine as well as using them for passive immunisation. As current vaccine strategies have failed to elicit broad antibody response, more knowledge is needed about how these antibodies arise and develop their breadth.

Dr Ditse studied 170 children who were infected with the Subtype C HIV. Their median age was 7.9 years and they all had normal CD4 counts but high viral loads. They found that the age of the children was related to a decline in CD4 count and that their viral loads were persistently high.

70% of the sera from children was able to neutralise over half of the viruses tested. This was compared to 19% of the adult sera samples. This showed that children develop bnAbs more frequently than adults.

The researchers went on to analyse sera from a mother-child pair. They found that both the mother and the child had good neutralisation breadth at the time-point chosen. Interestingly, the mother and child had antibodies targeting different parts of the HIV Env.

These data show that children are able to produce bnAbs more commonly than adults. These neutralising antibodies are able to target all of the known epitopes for bnAbs on the HIV Env. Further knowledge into the pathways taken by these children to develop these broad responses may aid in HIV immunogen design.