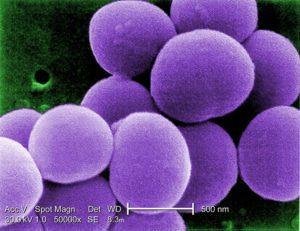 Researchers have shown that there is a link between the gut microbiome and development of Parkinsons disease (PD). Less than 10% of PD cases are from hereditary causes and therefore it is believed to be a condition largely controlled other factors such as the environment.

Recent data has shown that there is a link between the gut and the brain in conditions such as anxiety and depression and that substances such as hormones and peptides from the gut have effects on the brain.

Due to gastrointestinal problems often being a symptom of PD, the researchers, led by Sarkis K. Mazmanian hypothesized that the gut microbiome may be playing a role in the motor deficits that accompany PD. The team used a transgenic mouse model of PD where the mice overexpressed α-synuclein. This protein forms insoluble aggregates in the brain which is one of the main features of PD.

The data revealed that germ-free mice or antibiotic-treated mice had less α-synuclein and had better motor skills as compared to the mice with a normal microbiome. The transgenic mice with normal microbiome profile had increased brain inflammation and the researchers believe the mechanism behind this lies in short-chain fatty acids produced by the gut microbes.

This study shows that the gut microbiome plays an important role in the progression of PD. The next crucial step of this study would be to investigate if there are different types of microbes that promote the development and pathogenesis of PD in humans.