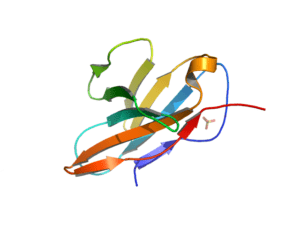 Researchers from the La Jolla Institute for Allergy and Immunonolgy have found mechanisms that determine the fate of CD8 T cells and how these cells respond differently to acute and chronic viral infections.

Viral infection leads to the immune activation of naïve CD8 T cells. Once the naïve T cells have been activated, they proliferate into effector T cells. The role of these effector cells is to kill the virus-infected cells. They also have a role in killing cancerous cells. Once the virus has been controlled, most of the effector T cells die but some of them remain as memory T cells which can help protect against future exposure to the same pathogen.

In chronic infections such as HIV and hepatitis, the T cells fail to eliminate the virus and instead begin expressing inhibitory receptors on their surfaces that establish a negative feedback loop. This results in the dampening of the immune response and is known as T cell exhaustion.

Researchers, led by Renata Pereira, wanted to determine the factors which contribute to the different states CD8 T cells can take. The researchers mapped out regulatory elements in naïve, effector, memory as well as exhausted CD8 T cells from mice who either had acute or chronic lymphocytic choriomeningitis virus (LCMV). They did this by using a method known as ATAC-seq which identifies accessible regions of chromatin.

They found that between the different subsets of CD8 T cells there were differences in chromatin accessibility. There were some regions which had shared chromatic accessibility between the different types of cells too. In general, when naïve CD8 T cells were activated and turned into effector cells, there were big changes in certain regions of chromatin. However, effector, memory and exhausted T cells had similar chromatin structure.

This study has extensively looked at the differences between the different CD8 T cells subsets and what mechanisms lead to CD8 T cell exhaustion. Knowledge of how T cells get exhausted may aid in the understanding of how to reverse or prevent the process in chronic diseases.