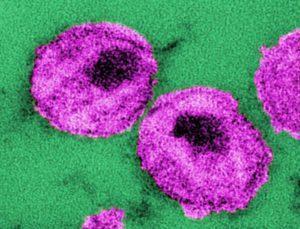 Bacterial Vaginosis (BV) is condition caused by an imbalance between the “good” and “bad” bacteria in the female genital tract (FGT). It affects approximately 40-50% of women worldwide.  It is usually a mild condition but the condition has been linked to increased risk of both transmission and acquisition of HIV, with up to 60% increased risk of HIV acquisition in people with BV.

In the healthy FRT, there are commensal microbes which are beneficial to the body. These consist mainly of lactobacillus bacteria. Upon HIV infection there is a decrease in the protection of the genital tract, higher bacterial diversity including pathogenic bacteria and less neutrophils.

Ryan Chen presented at the HIV Research for Prevention conference data suggesting that dysbiotic FGT bacteria drive neutrophil responses that contribute to inflammation and lead to an increased risk of HIV acquisition.

They found that BV increased the amount of suppressive neutrophil phenotypes. They also found that G.vaginalis induced PD-L1 expression on the neutrophils. PD-1 was associated with T-cell exhaustion, disease progression, HIV viral loads and other factors. The BV-associated bacteria also prolonged the survival of these usually short-lived neutrophils through the regulation of caspase-3.

They propose that BV causes the replacement of “good” bacteria such as lactobacillus with pathogenic bacteria such as G.vaginalis. The pathogenic bacteria then recruit neutrophils which produce proteases that cause damage to the FGT. The FGT at this point would be more susceptible to HIV infection through the damaged epithelial. PD-1+ CD4+ T cells are in the FGT at that point and are ideal targets for HIV infection.