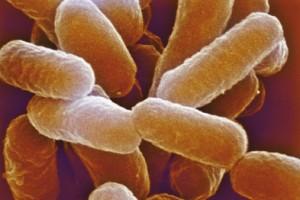 Urinary tract infections (UTIs) require the innate immune system to control and clear the bacteria. This requires a combination of neutrophils, macrophages, and the cytokines activity, although the precise mechanism is not that clear. To better understand this process researchers from the University of Bonn in Germany used a murine model of UTI. They found that neutrophils are the key antibacterial effectors in UTI but that neutrophil migration was regulated by two functionally distinct macrophage subsets. Ly6C- macrophages that are sentinel macrophages resident in the bladder and Ly6C+ macrophages that are helper macrophages recruited from the circulation. The sentinel macrophages were shown to sense the infection and produce chemokines to recruit neutrophils and helper macrophages. Helper macrophages did not directly combat bacteria like neutrophils, but did produce the cytokine tumor necrosis factor as a “helper signal,” which allowed the sentinel macrophages to produce the chemokine CXCL2. CXCL2 in turn induced the secretion of matrix metalloproteinase-9, which allowed neutrophils to enter the uroepithelium to combat the bacteria. Thus, the antibacterial phagocyte response is a highly coordinated process involving the exchange of information between three phagocyte subsets with distinct immunological tasks.