MAIN NAVIGATION
GET OUR MONTHLY NEWSLETTER
HISTORICAL FUN FACTS
Immunopaedia > Breaking News > News 2014 > Tolerance or resistance to HIV infection? Which is it?

Tolerance or resistance to HIV infection? Which is it? 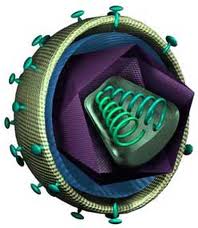 Tolerance in biology can have different meanings, depending on context. For example, “immunological tolerance” describes a state of unresponsiveness by the immune system to substances or tissues that have the capacity to elicit an immune response (for example, to a transplanted kidney). This can be understood and appreciated by understanding the process of central and peripheral tolerance. The term “disease tolerance” can be defined as reduced or absent pathogenesis despite high pathogen load and can be viewed as an evolutionary strategy used by hosts to survive against pathogens. Understanding disease tolerance and establishing how this differs from host resistance (due to immunity) may allow us to pin-point triggers that result in pathogenesis. A recent study published in the September 16 edition of PloS Biology and revisited in review in the November 4 edition of the same journal (“How to Live with the Enemy: Understanding Tolerance to Parasites”), explores whether tolerance to HIV exists and whether such a state is associated with polymorphisms in the human genome. The authors found that specific HLA-B alleles, known to be associated with better HIV control, did not confer tolerance. However, being homozygous for HLA-B resulted in hosts being less tolerant than if the hosts were heterozygotes for these alleles. They also found that disease tolerance decreased with age, where there was a 1.7-fold difference in disease progression between 20 and 60-y-old individuals with the same viral load. The authors conclude that “the higher tolerance of individuals, who contracted HIV at a young age, is likely to be explained by the higher thymic output of young individuals that can compensate infection-related CD4+ T-cell loss”. Being wise about the mechanisms leading to disease tolerance versus resistance will shed light on pathogenesis and maybe age is a vital clue?

Råberg, L. 2014. How to Live with the Enemy: Understanding Tolerance to Parasites. PLOS.