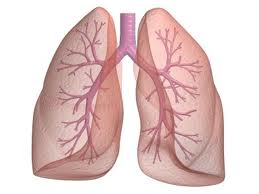 Results from a much anticipated community-based study into the effectiveness of Isonniazid as a prophylactic TB drug have been released this week at the 19th Conference on Retroviruses and Opportunistic Infections (CROI) in Seattle. With TB considered an epidemic among South African mine workers, and the principle cause of death among this particular population, this cluster- randomized study was designed to evaluate a method of intervention for interrupting TB transmission. Working with almost 80 000 miners the study designated 15 clusters as either intervention or control clusters. In the intervention clusters, all miners were offered TB screening. If they were found to have active TB they were referred for treatment. If they did not have active disease they were offered 9 months of isoniazid preventive therapy. The primary outcome was the cluster-level incidence of TB during the 12 months after the intervention ended. Sixty two percent of the miners in the intervention clusters agreed to screening. Of this group more than 80% started isoniazid treatment. Results of the study showed that the intervention did not reduce the incidence of TB with rates of 3.02 per 100 person-years in the intervention clusters and 2.95 per 100 person-years in the control clusters or the prevalence of tuberculosis, 2.35% vs. 2.14% respectively. However analysis of the direct effect of isoniazid in almost 11 000 miners showed a reduced incidence of TB during the time of treatment, but which was followed by a rapid loss of protection when treatment was stopped.