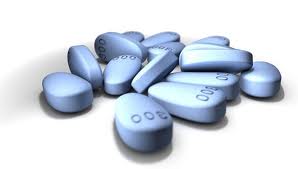 Tenofovir is widely used in combination antiretroviral therapy and more recently as pre-exposure prophylaxis (PrEP). It has a potent anti-HIV effect and a favourable safety profile, but because the drug is metabolised via the kidneys it has been associated with renal dysfunction. Although its safety in PrEP has not been fully investigated. Investigators from this study therefore assessed the renal safety of tenofovir PrEP using data collected during the Bangkok Tenofovir Study- a randomised, double-blind, placebo-controlled trial involving HIV-negative intravenous drug users. Creatinine clearance and GFR were assessed with several methods. Participants were monitored at twelve-monthly intervals for up to 60 months. Changes in kidney function were compared between the 1204 people taking tenofovir and the 1209 controls. Results showed that at all time intervals creatinine clearance and GFR results were lower in the tenofovir group compared to placebo. However follow-up of participants who discontinued therapy at the end of the study showed that disturbances in kidney function associated with tenofovir were temporary and resolved within two years of stopping treatment. Concluding that tenofovir can be safely used for PrEP but recommends patients have baseline assessments of renal function and routine monitoring of creatinine clearance during follow-up.