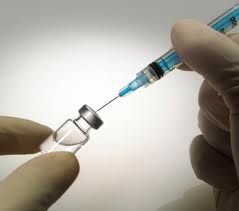 Human papillomavirus (HPV) is a common sexually transmitted infection that causes abnormal cell growth. High-risk strains, including type 16 and 18, can cause cervical and anal cancer. People typically become infected with HPV shortly after they become sexually active, regardless of HIV status. But HIV-positive people tend to harbour more HPV types, are less likely to spontaneously clear HPV and may experience faster disease progression from dysplasia to cancer. An effective quadrivalent vaccine (Gardasil) protects against infection with HPV types 6, 11, 16 and 18 and prevents genital and anal lesions that could progress to cancer. In many countries HPV vaccination is recommended for girls and boys from pre-adolescence through their mid-twenties. This study evaluated the safety and efficacy of this vaccine for HIV-positive adolescents and young adults who did not have evidence of infection with the covered HPV types at study entry. The researchers looked at both humoral immunity (antibody production), and HPV-specific cell-mediated immune responses carried out by CD4 T-cells (which may be compromised in people with HIV). The study included 46 HIV-positive women and men (age 13-27 years) and 47 HIV-negative control subjects (age 14-27). Participants had well-controlled HIV disease with undetectable HIV viral load measurements andCD4 counts above 350 cells/mm3. Those with a history of prior HPV vaccination or with anal or genital warts or other HPV-related lesions were excluded. All participants received a standard regimen of three doses of vaccine at baseline, 2 and 6 months. Humoral immunity was evaluated by IgG antibody titres against HPV types 6, 8, 11 and 18. Cell-mediated immunity was determined by T-cell patterns, immune activation and cytokine production. Results showed that both HIV-positive and HIV-negative participants demonstrated strong HPV-specific cell-mediated immunity. Both groups showed expansion of naive and central memory T-cells, with subsequent differentiation into effector memory cells, with no significant differences between the groups. The study thus concluded that vaccine-induced cell-mediated immunity did not differ significantly between HIV-positive and HIV-negative participants, showing that this arm of the immune system is not impaired in HIV-infected adolescents and young adults. Based on these findings the results support current recommendations to vaccinate HIV-infected individuals.