Can environmental non-TB mycobacteria interferes with immunity to TB? 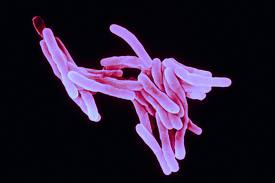 A ubiquitous group of mycobacteria found in the environment are known as non-tuberculous mycobacteria (NTM). These are opportunistic pathogens that can cause disease in people, especially in immunocompromised individuals. Being able to distinguish between NTM and tuberculosis (TB) represents a major challenge. Are the immune responses to NTM and TB similar? This was one of the objectives of a paper published in the 16th October 2014 edition of PloS Neglected Tropical Diseases. The authors report on immune responses in children with NTM and compare with immune responses in children with TB. They found that even though NTM exposure rarely caused a symptomatic infection in healthy individuals, NTM carriage or transient repeated exposures elicited some of the same immune responses as TB infection and caused modulation of TGFbeta1, a cytokine important for controlling immunity to pathogens. The authors state: “NTM exposure modulates TB-relevant immune biomarkers in the host by eliciting some of the same immune responses as MTB infection.” This may well be very relevant when evaluating immunological correlates of protection in the setting of new TB vaccine trials as well as identifying new cellular-based TB diagnostic biomarkers. However, it could mean that individuals infected with NTB may have pre-existing immune modulation that may interfere with natural immunity to tuberculosis.