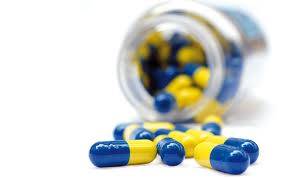 An article in this week’s British Journal of Medicine discussed a longitudinal study conducted over 20 years, that looked at antibiotic treatment failure in a primary care setting. Bacterial resistance to antibiotics is a major public health problem. To better understand this in a clinical setting, this study analyzed the 20-year prescribing history of antibiotics by UK primary care practitioners and report a 12% increase in treatment failure (when a specific antibiotic fails to cure an infection). The authors found only small decreases in the ability of frontline drugs, such as penicillins and macrolides, to control respiratory tract and soft tissue infections. What was of much greater concern however, were the results found for second-line antibiotics, such as cephalosporins and quinolones, often used to treat elderly and frail patients with pneumonia, that showed high failure rates over this time span. Concluding that primary care physicians play a central role in helping to contain rises in antibiotic treatment failure by managing patients’ expectations and carefully considering whether each prescription is justified along with careful adherence to current guidelines regarding first line drugs. In addition similar analyses should be carried out for other countries that have varying rates of antibiotic resistance to further explore the association between treatment failure and antibiotic resistance.