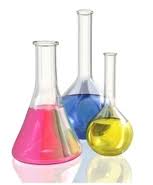 Kawasaki disease is the most common cause of acquired heart disease in children, however the cause remains unknown. Both infectious and environmental agents are considered as possibilities. In this study Rodó et al. compared daily Kawasaki disease case records occurring in Japan with models of regional air trajectories. On analyzing the data they found spikes in disease incidence occurred when the wind blew from an agricultural region in northeastern China. On analysis of these aerosol samples they identified a high abundance of the fungus Candida. Although these results were only considered a correlation, they do support an existing model suggesting that genetically susceptible children may develop the disease when a windborne toxin or environmental agent triggers an aberrant immune response. Making this the first disease known to operate this way.