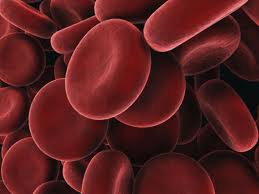 Cigarette smoke is the most common cause of pulmonary emphysema, which results in an irreversible loss of lung structure and function. Lung myeloid dendritic cells (mDCs) derived from cigarette smokers activate autoreactive Th1 and Th17 immune responses and thus have been implicated in emphysema pathogenesis. Although not well understood it has been shown that this mDC –dependent process requires expression of the osteopontin (OPN) gene SPP1 which encodes the pleotropic cytokine OPN, implicated in autoimmune responses. In addition a potential contributor to the immune dysregulation observed in emphysema is peroxisome proliferator–activated receptor y (PPARy). PPARy is expressed in antigen presenting cells (APCs) such as mDCs and negatively regulates their function, altering antigen uptake, cell maturation, activation, migration, and cytokine production. In this murine based study the researchers showed that knockout of PPARy in APCs led to spontaneous lung inflammation and emphysema that resembled the phenotype of smoke-exposed mice. However, when followed by 2-months of treatment with a PPARy agonist signs and symptoms of emphysema in wild type mice were reversed, despite continual smoke exposure. In human counterparts endogenous PPARy agonists were also shown to be reduced in the plasma of smokers with emphysema. Thus revealing a proinflammatory pathway, in which reduced PPARy activity promotes emphysema, and suggests that targeting this pathway in smokers could prevent and reverse established lung disease.