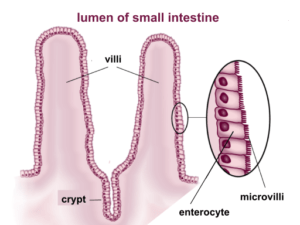 The adaptive immune system relies heavily on T cells to mount an effective immune response. Researchers have found that microvilli found on resting T cells are important in the activation of these cells.

Microvilli are actin filaments which form finger-like structures on the surface of cells. They contain adhesion proteins such as L-Selectin on the tip of their structure. Microvilli found on intestinal cells are usually very uniform, however, microvilli on immune cells such as T cells have been shown to be very flexible and not all of them are the same.

Before this study, little was known about the role of microvilli in the activation of T cells. This led researchers from Weizmann Institute of Science, Israel, to study how microvilli and T-cell receptors (TCRs) were spatially related. To do this they developed a novel super-resolution microscopy technique which allowed them to observe how TCRs and microvilli were interacting in 3-dimensions.

The researchers showed that the microvilli on T cells did have L-Selectin as expected but surprisingly, they also found TCR molecule clusters at the tip of microvilli in resting T cells. The TCR clusters were all microvilli dependent and were present prior to T cell activation.