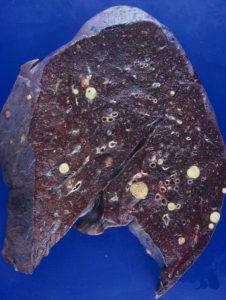 The researchers used a mouse model to see the effect of the gut microbiota on the progression of cancerous tumours. They fed the mice a mixture of probiotics 1 week prior to inoculating a tumour into the mice. They found that both the tumour weight and size reduced by up to 40% when the mice were given probiotics.

At a molecular level, the mechanisms behind the microbiota-induced inhibition of tumour growth was not well understood. The microbiota could be working through suppression of pathogenic microorganisms in the gut or through its interaction with the mucosal system which would affect systemic immunity as a whole.

Altogether, this study highlights the importance of the gut microbiota in fighting cancer. It reveals that probiotics may be used in cancer therapy; even for cancers outside of the gut. The study also provides a novel mechanism of how the probiotics are able to influence tumour growth.