LOGIN
GET OUR NEWSLETTER 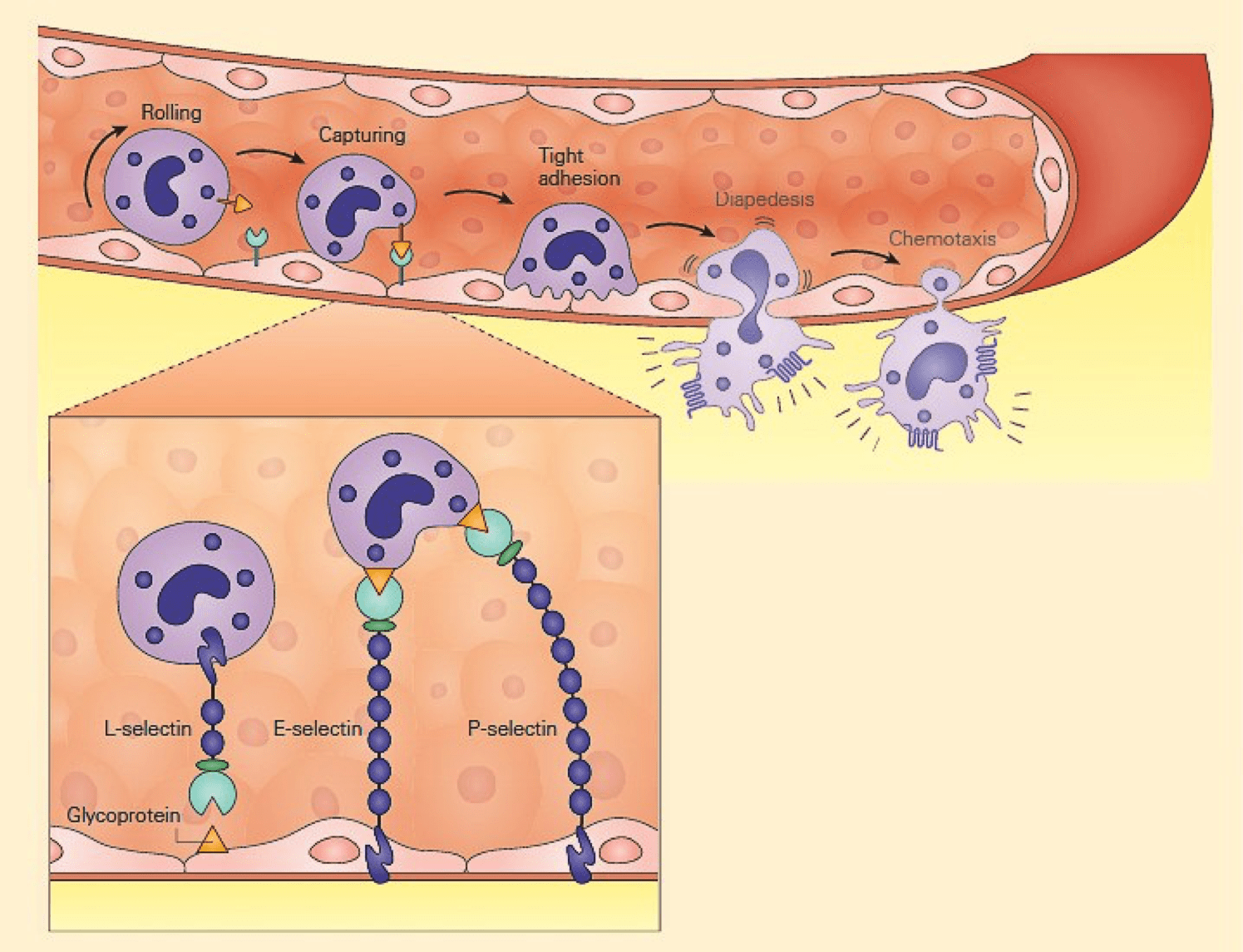 Figure 1: Schematic representation of the capture phase of the leukocyte-endothelial interaction showing the loose binding of selectins to glycoproteins. [Reproduced with permission from Bellanti, JA (Ed). Immunology IV: Clinical Applications in Health and Disease. I Care Press, Bethesda, MD, 2012]. 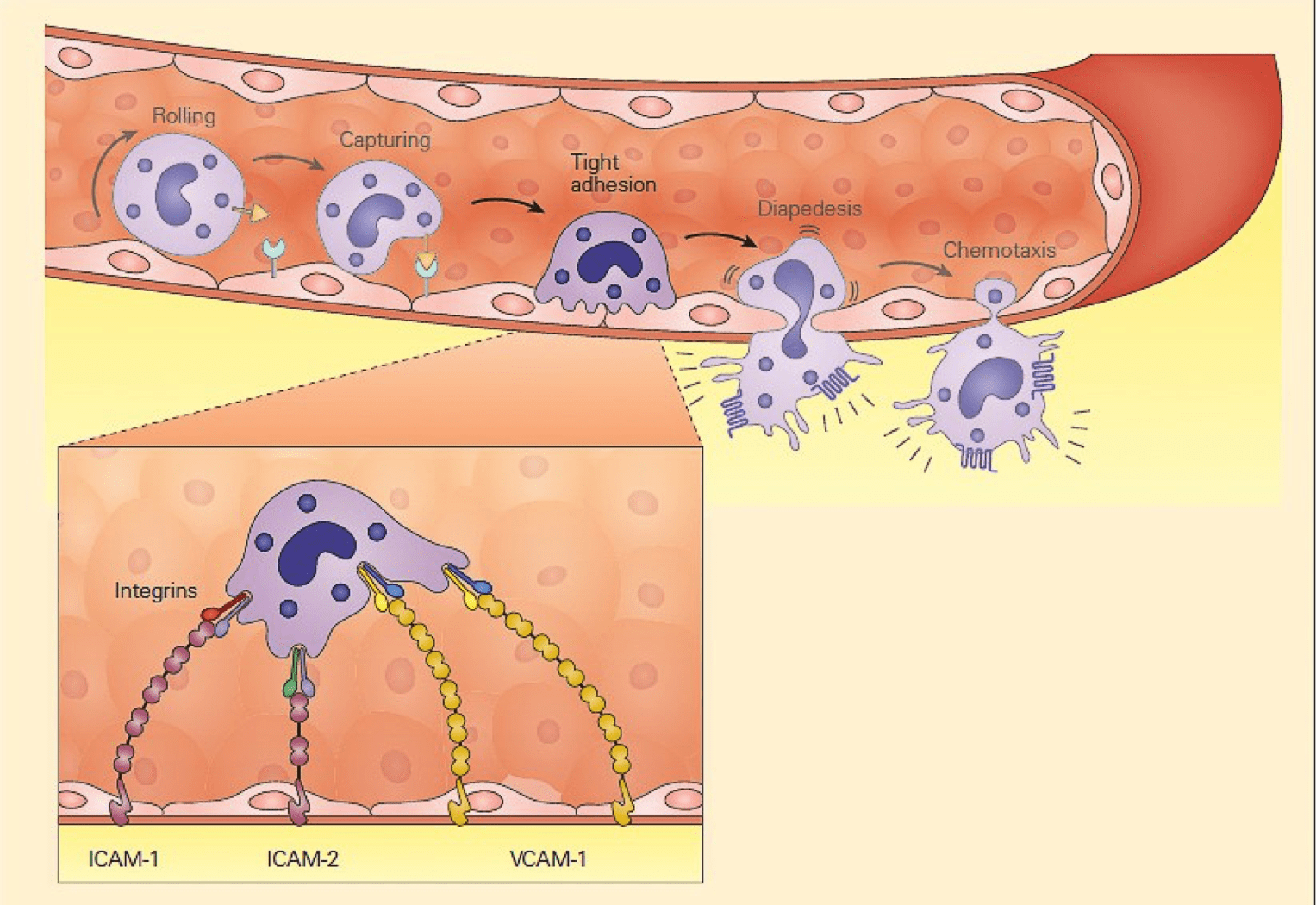 Figure 2: Schematic representation of the tight adhesion phase of the leukocyte-endothelial cell interaction showing the firm binding brought about by the interaction of integrins on the leukocyte membrane with ICAMs on the endothelium. [Reproduced with permission from Bellanti, JA (Ed). Immunology IV: Clinical Applications in Health and Disease. I Care Press, Bethesda, MD, 2012].

Role of Selectins in Inflammation

Table 1: Various integrins, selectins, and members of the immunoglobulin superfamily of proteins are involved in the leukocyte endothelial interactions of inflammation.

Diapedesis and Chemotaxis of Leukocytes Toward an Inflammatory Stimulus

2016 The Complexity of Translating Antiangiogenesis Therapy

The tumor microenvironment at a glance

Beyond the Niche: Myelodysplastic Syndrome Topobiology in the Laboratory and in the Clinic